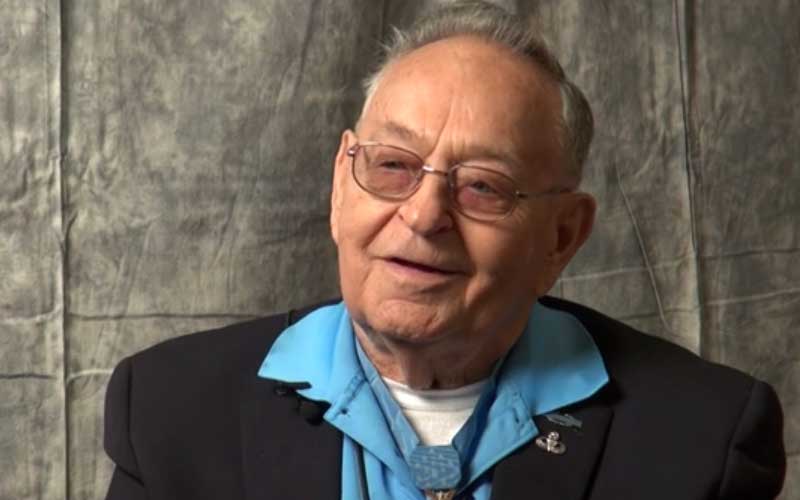 Cpl. Rosser, distinguished himself by conspicuous gallantry above and beyond the call of duty. While assaulting heavily fortified enemy hill positions, Company L, 38th Infantry Regiment, was stopped by fierce automatic-weapons, small-arms, artillery, and mortar fire. Cpl. Rosser, a forward observer was with the lead platoon of Company L, when it came under fire from 2 directions.

Cpl. Rosser turned his radio over to his assistant and, disregarding the enemy fire, charged the enemy positions armed with only carbine and a grenade. At the first bunker, he silenced its occupants with a burst from his weapon. Gaining the top of the hill, he killed 2 enemy soldiers, and then went down the trench, killing 5 more as he advanced. He then hurled his grenade into a bunker and shot 2 other soldiers as they emerged. Having exhausted his ammunition, he returned through the enemy fire to obtain more ammunition and grenades and charged the hill once more. Calling on others to follow him, he assaulted 2 more enemy bunkers. Although those who attempted to join him became casualties, Cpl. Rosser once again exhausted his ammunition obtained a new supply, and returning to the hilltop a third time hurled grenades into the enemy positions.

During this heroic action Cpl. Rosser single-handedly killed at least 13 of the enemy. After exhausting his ammunition he accompanied the withdrawing platoon, and though himself wounded, made several trips across open terrain still under enemy fire to help remove other men injured more seriously than himself. This outstanding soldier’s courageous and selfless devotion to duty is worthy of emulation by all men. He has contributed magnificently to the high traditions of the military service.