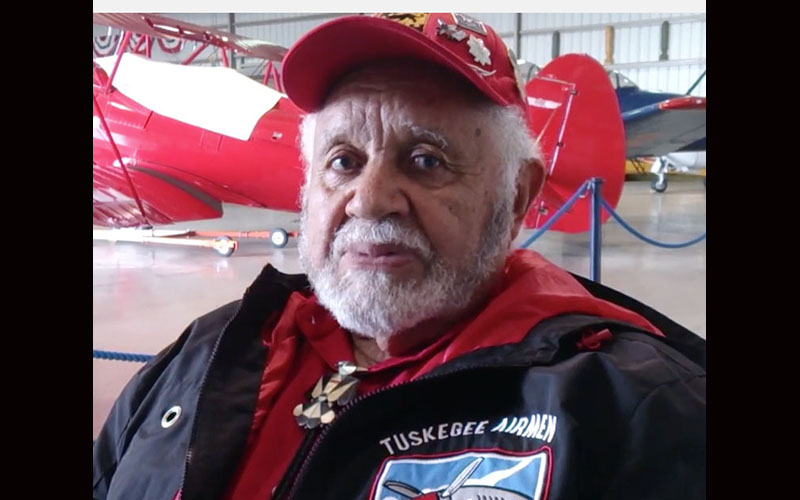 Lt. Col. Leo Gray, one of the original Tuskegee Airmen who fought in the skies over Europe during World War II.