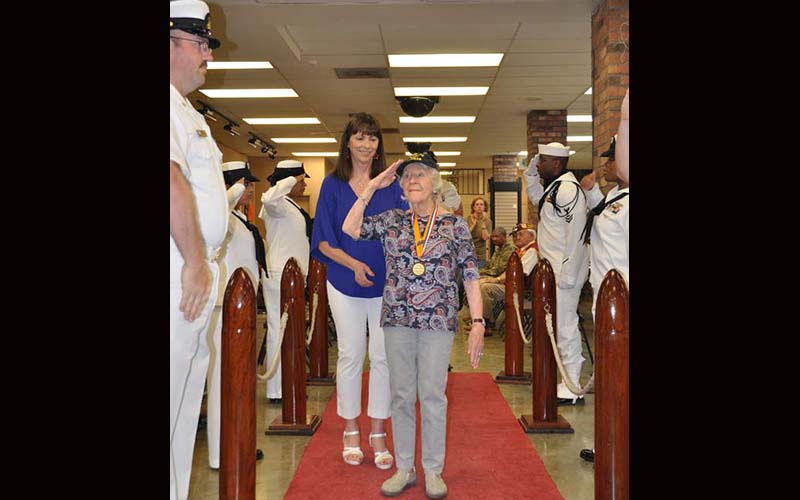 The Women’s Royal Naval Service (WRNS; popularly and officially known as the Wrens) was the women’s branch of the United Kingdom’s Royal Navy.  First formed in 1917 for the First World War, it was disbanded in 1919, then revived in 1939 at the beginning of the Second World War, remaining active until integrated into the Royal Navy in 1993.

It is an honor to be here at the Trail of Honor with such distinguished heroes because I was just there in England doing my job helping the brave American Airmen without which we would have never defeated the Germans.