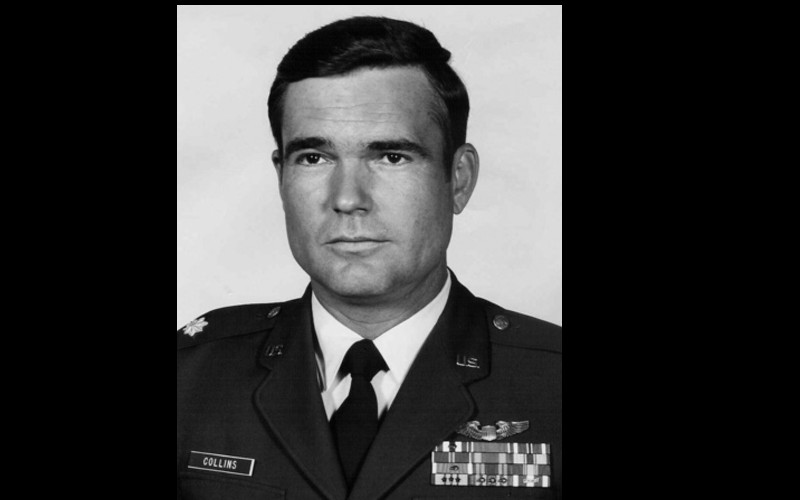 Captain Thomas E. Collins, III distinguished himself by gallantry in connection with military operations against an opposing armed force as an Aircraft Commander over Southeast Asia on 18 October 1965. On that date, Captain Collins was assigned the mission of destroying an important highway bridge complex located deep in hostile territory. The objective was known to be heavily defended and the weather conditions in the area were minimal. By the time Captain Collins had arrived over the target, the opposing forces had been alerted and were directing murderous fire at his aircraft. Although his aircraft sustained a direct hit, Captain Collins courageously continued to press the attack until battle damage rendered his aircraft completely uncontrollable. By his gallantry and devotion to duty, Captain Collins has reflected great credit upon himself and the United States Air Force.